The new elected ENGSO Youth Committee is looking forward to cooperation with ENGSO and partners to strengthen European grassroots sports.

At the General Assembly of ENGSO Youth in Paris, the handover from Paolo Adami, Italy, as Chair of ENGSO Youth from 2015-2017 to the new Chair Michael Leyendecker, Germany, was executed. Besides this a mainly new ENGSO Youth Committee was elected: Nevena Vukašinović (Vice Chair, Serbia), Bence Garamvölgyi (Hungary), Filipa Godinho (Portugal), Fredrika Lindström (Sweden), Gerda Katschinka (Austria), Rachel May (UK), Ugné Chmeliauskaitė (Lithuania) and Yoann Soirot (France). The new elected ENGSO Youth Committee is looking forward to the cooperation with ENGSO and their partners to strengthen the international grassroots sports and especially the involvement of young people.

Additionally to the elections, in Paris ENGSO Youth announced a more intense cooperation with Special Olympics and will sign a memorandum of understanding later this year. With this cooperation ENGSO Youth proves the interest in supporting all people through sports. Furthermore, at the GA ENGSO Youth presented its actual projects like VOICE, prevention of sexualised violence in sport, and ASPIRE, Activity, Sport and Play for the Inclusion of Refugees in Europe, in which ENGSO is the leading organisation. 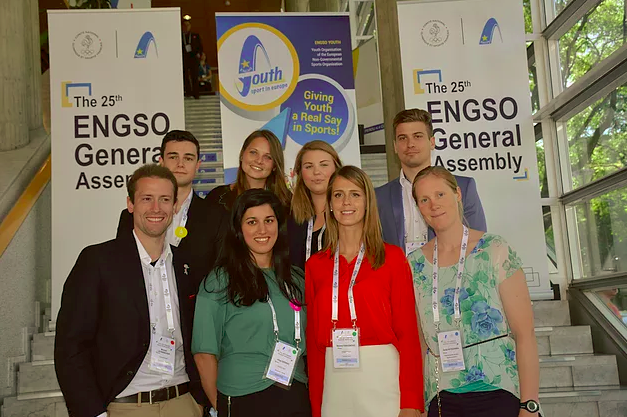 Catching up with Play'In Together

Registration is open to the ENGSO General Assembly 2020

Interesting findings on innovation within the sports movement